Syracuse, N.Y. – Sheona Williams is moving out of her apartment. The city of Syracuse has a lot riding on the move.

Her new three-bedroom house on Shuart Avenue cost $280,000 to build. But Williams is buying it for $155,000. State and federal funds will cover the rest.

For Williams, who has rented for eight years at a public housing project, the move is a great opportunity to start building wealth through homeownership.

That opportunity has long been blocked for many poor and minority residents, in Syracuse and other cities that have a history of red-lining and other barriers. Only 38% of Syracuse residents are homeowners, half the rate of Onondaga County’s suburban areas.

But city officials aren’t spending all that money just for Williams. They are counting on her new home to be a stabilizing influence in the neighborhood. A beacon of confidence. A motivation for others to invest.

Walsh is making a costly but calculated bet. The homes to be built under his initiative will cost as much as $145,000 more than they will sell for, money that has to be made up with subsidies. He’s counting on that investment to pay off by stabilizing neighborhoods and lifting property values.

If the strategy works and home prices rise, the next round of subsidies won’t have to be as large and the city can sustain the home building effort at a lower cost.

The clearest test this year will unfold on the South Side. Home HeadQuarters, a nonprofit tapped by the city to build most of the homes, has started work on a cluster of new houses on Garfield, Baker and Woodland avenues. Eight new homes are planned there.

Existing houses in that area are generally valued below $75,000, according to assessment records. Home HeadQuarters plans to sell the new homes for $135,000.

“We really want this to take off, where it’s not just a pilot or a niche program, but it’s something that’s going to help us rebuild our neighborhoods,’’ Quaglia said.

How far will the money go?

Walsh beefed up the Resurgent Neighborhoods Initiative earlier this month when he earmarked $14 million in federal stimulus funds for the effort, on top of existing funding streams. Some of that money will be used in a second phase to build apartments.

The new investment in low-income neighborhoods pales in comparison to the millions of dollars in tax breaks and subsidies that developers have used in recent years to develop high-rent apartment buildings in the downtown and University areas.

Clusters of new homes should make a difference in targeted areas, local housing experts say. The main question is how far the money will go.

Home prices are beginning to respond to previous investments in poor neighborhoods, said Katelyn Wright, executive director of the Greater Syracuse Land Bank. In areas of the city that have traditionally struggled, such as the South and Near West sides, buyers are showing a new willingness to spend.

In many cases, that’s because Home HeadQuarters has previously built or rehabilitated homes in the area, she said.

Wright pointed to the recent sale of a renovated two-family home on Merriman Avenue for $130,000 as an example. Home HeadQuarters has done extensive work on the Near West Side, where many houses are valued at less than $75,000, some at less than $30,000.

“We are seeing home prices increase,’’ Wright said. “That’s good for the neighbors, who are growing home equity, but it also attracts private investors to do work in that neighborhood where it previously wouldn’t have made sense.”

From public housing to new home

Sheona Williams has grown increasingly eager to move to a quieter, safer environment for her kids, ages 12 and nine. Too often they hear gunshots outside their apartment at the Pioneer Homes complex, she said.

Williams faced one major obstacle to buying a home: her credit score. It took a couple years, but she nursed it back to health.

She’s always had a steady income. Williams went to work full-time at age 19 at Loretto, the elder care provider. More recently, she moved to Crouse Hospital, where she makes $18 an hour as a nursing assistant. She plans to start school in the fall to become a registered nurse.

In her youth, Williams says, she was careless with credit cards, especially the ones that retail stores hand out. She accumulated unpaid bills that knocked her credit score down into the low 400s. She could not borrow money without paying loan shark interest rates.

Williams learned how to repair her credit with information she found online. She also worked with a credit counselor at Home HeadQuarters. Along the way, she also took the agency’s 8-hour homebuyer education course.

Within two years, Williams raised her credit score into the high 600s, solid enough to get a mortgage.

But owning a house won’t cost Williams much more than renting a public housing apartment. Her mortgage payment, including taxes and insurance, will be about $1,000, she said. Her rent at the Pioneer Homes complex was $800.

“Literally a $200 difference,’’ Williams said. “So why not be paying into something that I’m going to (own) eventually?”

Laindia and Brian Hall, who are buying the house next door to Williams, said their experience was much the same. The mortgage payments will only cost $100 a month more than their rent for a house on West Beard Avenue, on the South Side.

Like Williams, the Halls spent time getting their credit into shape. They also took Home HeadQuarter’s homebuyer education program, a requirement for buying a home from the agency.

Home HeadQuarters sells the houses only to people whose income is below 80% of the area median. For a family of three, for example, the cutoff is about $57,000.

By selling the homes to low- or moderate-income buyers, the program gives families a shot at the classic American path to middle-class prosperity, by building equity in their homes.

“It’s going to be good for Syracuse to increase its home ownership rate,’’ Lifton said.

The problem is, building new homes is not going to create many new homeowners, he said. The cost to subsidize each property limits the number that can be built.

Some housing policy analysts say subsidizing new homes is an inefficient use of resources and should be used sparingly, because of the high cost. The emphasis should be placed on helping low-income to buy existing houses, they say. Even if the homes need repairs, the subsidies go further and benefit more people.

But in the most vulnerable neighborhoods of Syracuse, many homes have been neglected for years and present fix-up challenges like lead and asbestos abatement that can be as costly as new construction, said Quaglia, of Home HeadQuarters. Many first-time buyers are looking for houses that are energy efficient and free of major maintenance issues.

In any case, Home HeadQuarters does offer counseling and financial assistance to buyers who acquire existing homes. Each year, the agency helps about 300 families, the majority of whom buy existing homes in the city of Syracuse.

Home HeadQuarters this year built two homes side by side on Shuart Avenue. Williams is buying one. The Halls are buying the other.

No private developer would build a single-family home there, Quaglia said. They’d never make their money back.

That’s why the city is stepping in.

Syracuse officials thus far have lined up financing for 17 new houses in five neighborhoods, which will be built this year. Michael Collins, commissioner of neighborhood and business development, said within the next few months he expects to identify enough funding to meet Walsh’s goal of building 50 homes.

Subsidizing new home construction in urban areas is not a new strategy. Beginning in 1999, Mayor Walsh’s father, former U.S. Rep. James Walsh, directed tens of millions in federal grants to the Syracuse Neighborhood Initiative, which paid for a variety of housing initiatives including new construction.

Mayor Walsh is targeting some of the same neighborhoods helped by his father’s program more than a decade ago.

James Walsh retired from Congress in 2009. In recent years, money for new construction has largely dried up, Quaglia said. But Mayor Walsh has rekindled the effort, drawing in part from federal stimulus money received this year.

If the first round of new construction helps raise home prices, the subsidies for future houses won’t have to be as large, Quaglia said. That would allow more homes to be built. Quaglia said he hopes to sustain the initiative and build at least 25 to 50 new homes a year.

Robert Silverman, professor of urban and regional planning at the University at Buffalo, said Syracuse is following a common strategy to subsidize new homes in areas threatened by declining home values and vacant lots. The new houses can help restore confidence in a neighborhood.

“The idea is that the surrounding homes will maintain their value or increase their value over time,’’ Silverman said. Officials “hope that there will be a spillover to the surrounding property where people will see an incentive to invest in their properties … to do improvements.’’

‘Isn’t that a benefit to all?’

Some housing experts are wary of new home construction as a means of increasing homeownership among low-income households, because of the high cost.

Edgar Olsen, a professor of economics and public policy at the University of Virginia, said subsidizing new houses is less efficient than having renters buy existing homes.

“Subsidizing the construction of new houses and selling them at below-market prices is a highly cost-ineffective approach to increasing the homeownership rate,’’ Olsen wrote in an email. It “concentrates huge subsidies on the fortunate few who are offered units while offering nothing to most people in the same economic circumstances.’’

New construction helps more than the new homeowner, said Collins, the city commissioner. It helps the community at large.

The ripple effects of new home construction can affect not only nearby homes but potential new businesses that are looking for customers or employees, he said.

“If we’re able to invest some of these dollars into (struggling neighborhoods) to stabilize them, then isn’t that a benefit to all of us?’’ Collins said. “Doesn’t that help to stabilize the wealth of the families that have stayed in those neighborhoods? And doesn’t that help to make sure that we’re attractive to the businesses that we all want to have in Syracuse? That’s why you do it.”

Sheona Williams, who has lived in Syracuse all her life, said she never heard of Shuart Avenue until someone at Home HeadQuarters called to ask if she was interested in touring the new house there. A day after seeing the house, she put down $1,000 to stake her claim, she said.

She said she feels fortunate to find such a good place to live.

Spruce up your home with DIY live-edge furniture

Fri Jul 2 , 2021
In recent years, live-edge furniture has gained popularity due to a unique look that instantly transforms a room. But it also tends to be a bit pricy, and as DIY projects are also becoming more popular, people are looking for simple ways to make their own unique live-edge furniture. Additionally, […] 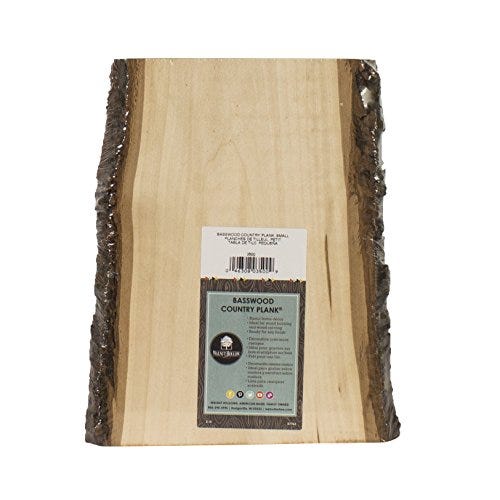