PEORIA — High lumber prices are causing the cost of building a new home to grow in the Peoria area even as home construction numbers are rebounding, local homebuilders say.

“New home prices have been affected by the lumber prices that are driving the prices higher,” said Scott Lewis of Scott Lewis Homes. “The increase of lumber has been between 175 and 210% over the last year on different aspects of the parts that go into a house.”

So what does the typical new home cost to build around here?

For the 33 permits for new homes issued in Peoria since October, when the city began using new software to track the data, the average construction cost is about $279,000, city community development director Ross Black said. That’s up from an average of $254,452 in 2016. It had declined substantially in 2019-20 as more construction focused on affordable-housing work in the city’s North Valley and East Bluff.

A shortage of people to deliver the material and a continued demand for it are helping to keep costs elevated.

“There aren’t semi drivers to deliver material. There is a real shortage of drivers,” said David Whitehurst of P&W Builders.

Many drivers, he said, retired or found other jobs last year when lumber mills closed down due to COVID-19 restrictions or the lack of jobs. That’s made getting materials difficult, he said.

Within the past year, lumber prices have risen 250%, according to a report by Business Insider. The National Association of Home Builders — a trade association representing builders, developers and contractors — estimates the added cost for construction of an average single-family home is $24,000.

For a $300,000 house, the cost of lumber framing was about 12% to 15% of the overall cost of construction before the pandemic, Whitehurst said. Now, it’s doubled to roughly 25%.

“Most everything else had gone up some, but not in huge amounts. But the majority of the increase is the framing materials. That’s the big driver, no doubt about it,” he said.

Poynter noted that some of the cost increases came when lumber mills were shuttered early in the pandemic, reducing supply. Shipments from overseas also slowed. And more people took on do-it-yourself projects during stay-at-home orders.

And in a letter to the U.S. Department of Commerce, the NAHB and other trade groups also point to a resurgent housing market, with high demand and completion of new homes in the first three months of the year at a rate comparable to 2006 — before the burst of the so-called housing bubble and the start of the Great Recession of 2008.

The pandemic and lumber costs may have slowed some housing construction across the country, with housing starts in April falling 9.5%, according to an Associated Press report on U.S. Department of Commerce data.

But both Lewis and Whitehurst say they’re already seeing numbers this year on par with prior ones rather than a continuing slowdown.

Information provided by multiple communities around the area fits that assessment.

In the first four months of the year, the Tazewell County Planning Department has given permits for four homes to be built in unincorporated areas and is reviewing four more, said Kristal Bachman, who heads that division. That’s on par with permits four months into 2020.

“While we have concerns that the price of lumber is going to have an impact on construction, we are optimistic that new homes will continue to be built this year in Pekin,” he said, pointing to potential city incentives to help offset the cost of lots, because most growth is likely to happen in subdivisions within a city tax-increment financing district.

In the city of Peoria, it’s different from what it was a decade ago, when Far North Peoria near Dunlap was booming with new home sales.

Data from the city’s Community Development Department shows 149 new home permits issued in 2010, climbing to 163 in 2013. When Caterpillar Inc. announced it would move its headquarters from Peoria to Deerfield in 2017, sparking many home sales, new construction fell by more than 80% before gradually recovering.

Through April 30 of this year, 25 permits had been issued, Black said.

“This is just my gut talking, but the housing market is a market, and if there is a demand for new homes, then they will be built, and if not, then they wouldn’t,” he said. “If we go back and look at the late 1990s and early 2000s, when the city brought the growth cells up north online, that tapped into a demand, and hundreds of houses were built over the next 15 years. It could simply be that the demand was exhausted at that point and things slowed. Now it could be picking back up again.”

In unincorporated Peoria County, numbers have ranged between 21 and 30 the last three years, with requests so far suggesting 2021 will stay around that level, county Planning and Zoning Department director Kathi Urban said.

Ready to buy?:Real estate agents give 4 tips for buying a home in Peoria’s challenging housing market

Whitehurst, the homebuilder, said in some ways it’s cheaper to build a house now than it was years ago. Both he and Bachman agree the average cost to buy a new home today is between $250,000 and $300,000, with some being more and others being less.

“I tell people that back in the early ’90s when interest rates went crazy, your payments were higher back then than they would be today on the same house,” he said, noting that’s a big deal to most. “It’s the monthly payment. No one knows what they can afford until they know what the payments are going to be. If the payments are less, then they can afford more house.”

Whitehurst is confident the area will begin to take off again, as he notes the glut in housing inventory from a few years ago — fed by more homes up for sale after the Caterpillar headquarters move — is largely gone.

Black thinks so, too.

“We are back at a good pace right now. If we end up close to 100 new housing starts in town this year, then that would be a good number,” he said.

Wed May 26 , 2021
Forget homemade sourdough bread or TikTok feta pasta — many New Brunswickers have turned their attention outside the kitchen.   This spring, things like planters, hanging baskets and window baskets — even bird feeders — are flying off the shelves so people can beautify their lawns. “Just a tremendous interest,” said Andrew Currie, owner of Currie’s Greenhouses […] 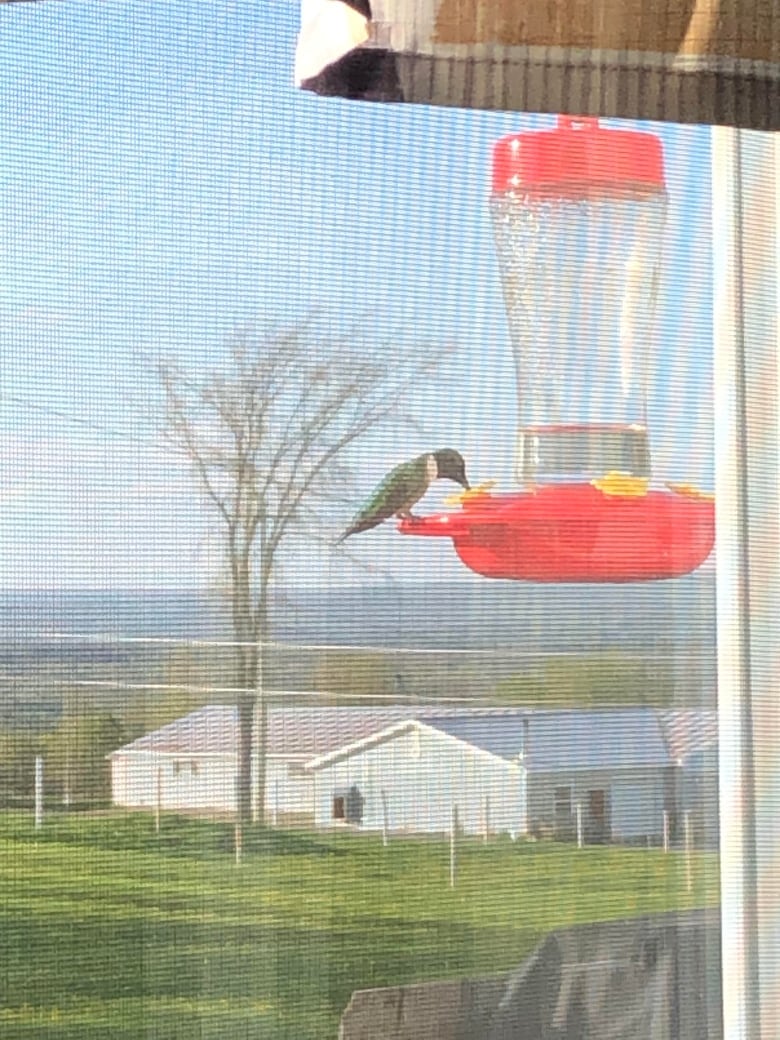