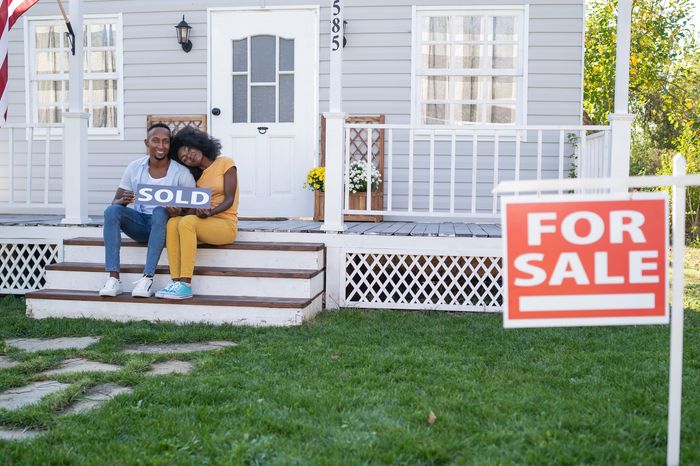 ‘Signs of a tipping point.’ Homebuyers now have about 20% more homes to choose from compared to a year ago, as home prices increasingly get cut

“Signs of a tipping point toward a greater balance between buyers and sellers are increasing,” wrote CoreLogic Deputy Chief Economist Selma Hepp in a statement in June. It was a quote that caught our eye, as we’ve heard from plenty of aspiring homebuyers wondering: Just when will I get a break? (Hint: For some buyers, that break is here, as price cuts are already more frequent.)

Indeed, buyers have faced high prices (they’ve climbed roughly 20% year over year, though price appreciation is slowing) and rising mortgage rates, though rates have dipped recently (you can see the lowest mortgage rates you might qualify for here) — as well as a serious inventory crunch. According to data from Freddie Mac and Realtor.com, the United States is short between 4 and 5 million homes.

But that inventory crunch is easing, according to multiple sources. Inventory has grown in each of the past three months and is on track to finally show a positive year-over-year number later this year, says Zillow economist Nicole Bachaud. “The bottleneck of new construction homes that were not yet completed has finally given way so increases in new construction delivery in the short run will also boost overall availability of homes,” says Bachaud.

For his part, Holden Lewis, home and mortgages expert at NerdWallet, says: “In the week ending May 7, the number of houses on the market was about equal to the same week a year before. But just eight weeks later, the number of active listings was 29.4% higher than a year before. This means that there were 13 homes for sale in the week ending July 2 for every 10 that were for sale during the same week a year earlier,” says Holden Lewis, home and mortgages expert at NerdWallet. And a report from Realtor.com found that active listings for homes rose 19% in June, compared to a year earlier, which was the fastest annual pace since the real estate company began tracking that metric five years ago. And Nadia Evangelou, senior economist and director of forecasting at the National Association of Realtors (NAR), says the improvement in inventory translates to nearly 110,000 additional listings. (You can see the lowest mortgage rates you might qualify for here.)

That is good news for buyers not only because they have more choice, but also because homes on the market are seeing additional price cuts. “There is a buildup in overall active inventory as fewer buyers are rushing to make offers, resulting in an increase in the share of homes that have reduced their prices from the original list price,” Hepp wrote. And Lewis notes that: “The rapid increase in inventory means that sellers need to think carefully when setting an asking price,” says Lewis, who adds that the number of price reductions has doubled from a year ago. “A lot of sellers are learning the hard way that they’ll get burned if they set an unreasonable asking price,” says Lewis.

What’s more, Greg McBride, chief financial analyst at Bankrate, says we’re seeing that demand is dropping notably, indicating that there will be less frenetic competition for the inventory that is out there. As a result, “It will take longer for homes to sell,” says McBride. He adds that: “Home price appreciation will continue, just at a more modest pace. Trimming the asking price might be an eventuality for many sellers,” says McBride.

Additionally, the expectation that homes will sell in days will not be the norm soon, says Mark Fleming, chief economist for First American Financial Corporation, a title, settlement and real estate risk solutions company. “Mere days on the market was never normal. In fact, the old adage used to be that sellers should typically expect their home may take up to 3 months on the market. Of course, we’re a long way from that but sellers should expect it to take longer to sell their home,” says Fleming. “The pace of the market in the last two years was also never normal, so buyers should face less pressure to escalate prices to win bids and more time to make decisions.”  (You can see the lowest mortgage rates you might qualify for here.)

The bidding war mania is also cooling a bit: NAR data shows that homes listed received an average of 4.2 offers in May, down from 5.5 offers in April 2022 and 5.0 in May 2021. “Due to rising mortgage rates, the buyer pool is shrinking,” says Evangelou.

To be sure, it’s still a sellers market, according to Lewis, where home sellers have a strong negotiating advantage, but buyers are beginning to gain a little leverage. And Hepp noted that though we are seeing “signs of a tipping point,” it is “albeit only compared to some of the most competitive conditions since the early 2000s.”  (You can see the lowest mortgage rates you might qualify for here.)