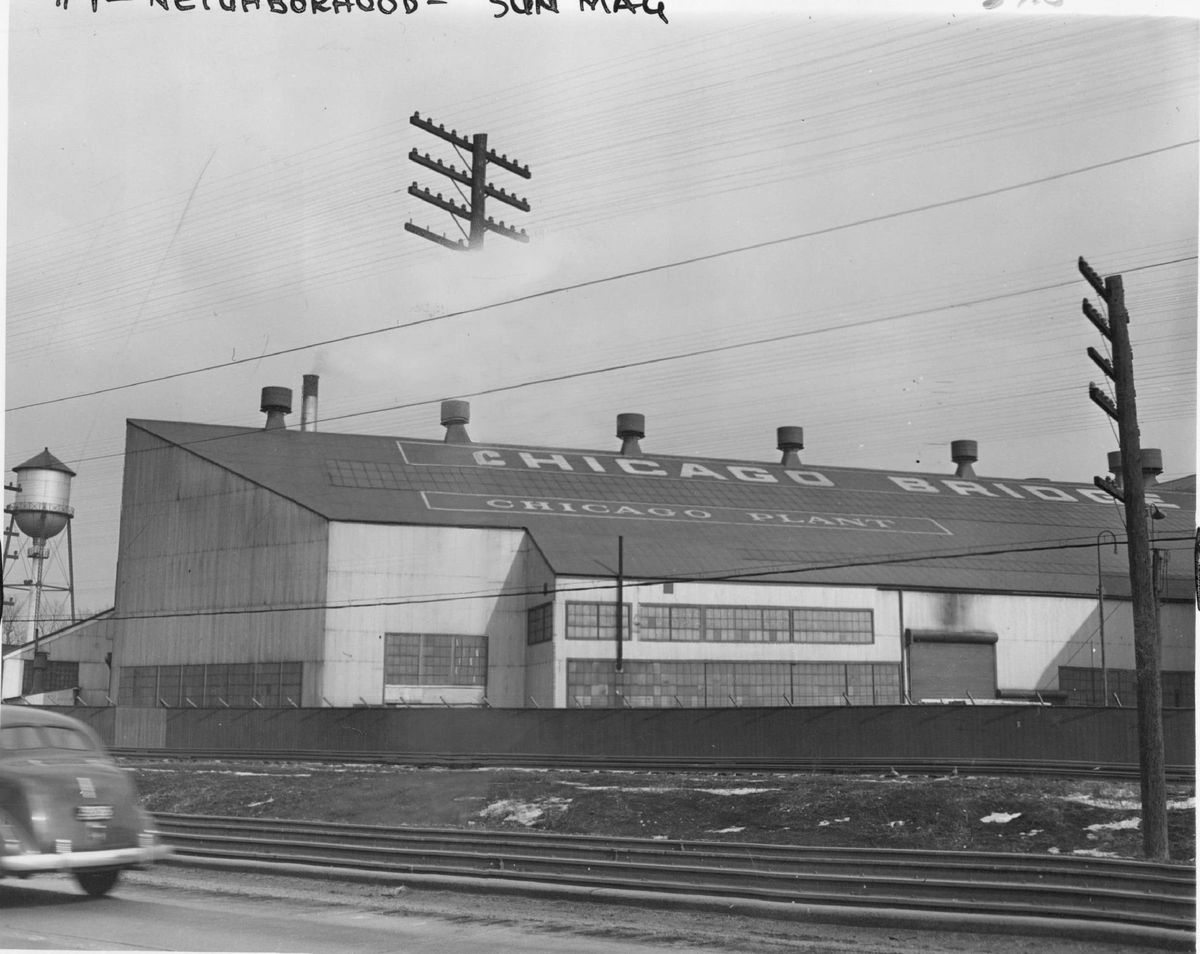 On Chicago’s South Side, dream homes become nightmare for some new owners in Reiaissance at Beverly Ridge

Ameenah Rambus was living in a small apartment with her husband and two sons in “not the friendliest of neighborhoods” when they decided it was time to buy their first home.

She was looking for a close-knit community where her sons could grow up safely. A place she could be proud to show off to her friends and family.

They visited several homes, but none seemed right.

Then, in 2019, she and her husband drove past the Renaissance at Beverly Ridge — a subdivision in Washington Heights on the South Side. More than a dozen new homes were going up in the 10600 block of South Glenroy Avenue. A sign advertised “new custom homes” and had a phone number to call for private showings and open houses.

Rambus set up a viewing and instantly fell in love with what she saw, enticed by the prospect of designing her dream house.

But that dream would turn into a nightmare.

Beverly Ridge has been branded as an oasis for Black, middle-class families seeking a suburban feel. But it has struggled to live up to that promise, with its developer accused of allowing buyers to move into new homes over the last two years that are riddled with defects.

“When we got to our final walk-through and things were just in disarray, it was like our home wasn’t ready,” said Rambus, who moved into her home in January.

Nearly a dozen subdivision residents told the Chicago Sun-Times about problems after they bought new homes on the same block in Beverly Ridge.

The developer once was headed by Lemont businessman Boris Nitchoff, who made his fortune buying up delinquent property taxes and collecting interest on it from homeowners. Boris Nitchoff and his family operate several companies and since 2002 have scored tens of millions of dollars in city contracts.

Buyers told the Sun-Times of a slew of problems. Windows were the wrong size. Decks had broken planks. Flooring was the wrong color. Garage doors didn’t work. Siding was cracked. Wiring was exposed. Aand bricks were smeared with mortar. There were holes in ceilings, damaged downspouts and water seeping into basements.

The back porch on Rambus’ home isn’t level. Inside, dried paint spattered some baseboards, and gaps now show between planks in their hardwood floors.

In mid-January, on the day they moved in, they noticed loose ceramic tiles in the kitchen floor.

“The grout started crumbling, and every time we stepped on the floor, we could hear the floor crackling,” Rambus said. “We told the construction company for months about this, and they told us it’s no big deal they’ll fix it. We would take the day off from work when they said they were coming, only for them to just blow us off.”

Rambus said the floor was finally repaired at the end of April. Turns out, the tiles weren’t glued down.

Renaissance at Beverly Ridge is built on the site of a steel-fabricating plant. After Chicago Bridge and Iron Works moved out of the city in 1976, the land remained vacant for decades.

MGM/TGI 105th Street — headed by former NFL player Patrick Terrell and John Mayher Jr. — took over the site in 2005. They planned a $46 million project with 250 new single-family homes on 57.8 acres. A newly created tax-increment financing district would fund $11.9 million in infrastructure, such as streets and water lines.

But cleaning up toxins left behind by the steel plant was costly. Then the subprime mortgage crisis hit. In 2010, the Sun-Times reported only eight homes had been completed, amid “piles of rubble” and “unfinished houses.”

The Nitchoff family has strong ties to Ald. Carrie Austin. Beverly Ridge is in her ward. In 2016, the Chicago City Council approved resolution Austin sponsored to rename Glenroy Avenue between 105th and 107th streets as Nitchoff Avenue, though the signs haven’t been changed.

That’s where the troubled houses are located.

A spokesman for the Chicago Department of Planning and Development said both developers combined built 61 homes. In December 2019, the city terminated the contract, cutting off public funding.

Earlier in 2019, the Nitchoff family, Austin and her chief of staff Chester Wilson had been the subject of a grand jury investigation. Austin’s ward office was raided by the FBI. Then — just one month before the city ended its contract with 105th & Vincennes/Chicago — the Sun-Times reported businesses related to Boris Nitchoff benefited from a property tax shell game allowing them to pay no taxes on their property for years.

At the end of April, 105th & Vincennes/Chicago put over a dozen undeveloped lots in Beverly Ridge for sale.

Not every homeowner in Beverly Ridge has had problems with their new homes; the issues seem isolated to Glenroy Avenue.

In 2016, Jesse Pettway purchased his home two streets east of Glenroy; he called it his best investment. The developer always has been responsive, Pettway said, adding that there are more important issues “going on elsewhere in this ZIP code.”

And some problems with the homes on Glenroy Avenue may seem minor, such as a gap in the door frame creating a draft.

But the number of problems, and the lack of response from the developer — or a refusal to fix problems when they do respond — have many buyers on that block concerned, especially given that homes in Beverly Ridge have sold for roughly double the $187,000 median sale price in Washington Heights, according to online real estate listings.

In one case, a home defect led to a trip to the doctor. Jorelle Alexander said slapdash construction of her deck sent her son to the doctor. Deck planks were cracked and splintering. Ends of nails protruded from the railing. One day, her son was playing on the deck when a piece of wood from a plank pierced his foot, then broke off inside.

“We spent Easter Sunday in an urgent care, and they had to split his skin open to take out the wood that had wedged in there,” Alexander said. “It wasn’t a small splinter. It was a big piece of wood.”

She said she told the developers what happened — including that her son needed medication for a week to prevent infection. No one responded.

Others say the developers failed to meet several deadlines before closing, leaving some buyers struggling to find places to stay at the last minute when they couldn’t move in.

Rahman Muhammad’s closing date was rescheduled at the last-minute three times over 13 months; he rented three Airbnb homes until finally closing. He moved into the house in late December.

“All those months were going by and nothing was getting done and I was really getting frustrated,” Muhammad said.

Other problems occurred before closing.

Tierra Scott hired an inspector who produced a 75-page report listing various problems with the home, including drainage issues, cracked or broken exterior siding, an inoperable garage door opener and a “mold-like substance” inside.

“The inspector told us this didn’t look like a brand new home … it looked like it had years of wear and tear,” Scott said. “Still, we waited so long to close and we were on the verge of being homeless that we just went through with the closing, hoping they would fix those issues while we lived here. I just want all this to be over with already.”

In February, Scott and other homeowners on Glenroy got to talking and realized they all faced similar problems. Someone suggested reaching out to Austin’s office.

That’s how Wilson, got involved. Since then, residents say, problems are being fixed, though at a snail’s pace.

“It should never have gotten to this point, but their problems are being fixed now,” Wilson said. “I think it was a lack of communication that was the problem.”

Wilson said he understands homeowners’ frustration, but that Constantino Nitchoff’s health may have contributed to the problem.

“Inspector General Ferguson, residents on this block are African American professionals, middle class and hardworking citizens,” the letter reads. “The family appeal, safety and tight knit community is why many of us decided to continue with the purchasing process. However, it is not lost on us that we believe that a racial component is at play.”

Ferguson’s office did not respond to a request for comment on the letter.

Resident Louise DeBerry also filed a complaint with the Chicago Commission on Human Relations on April 6.

DeBerry also takes issue with putting the Nitchoff name on her block.

“This is an all-Black community and you want to rename the street after a white man who’s not even from this community, has disrespected us and outright ignored us?” DeBerry said. “This is a slap in all of our faces.”