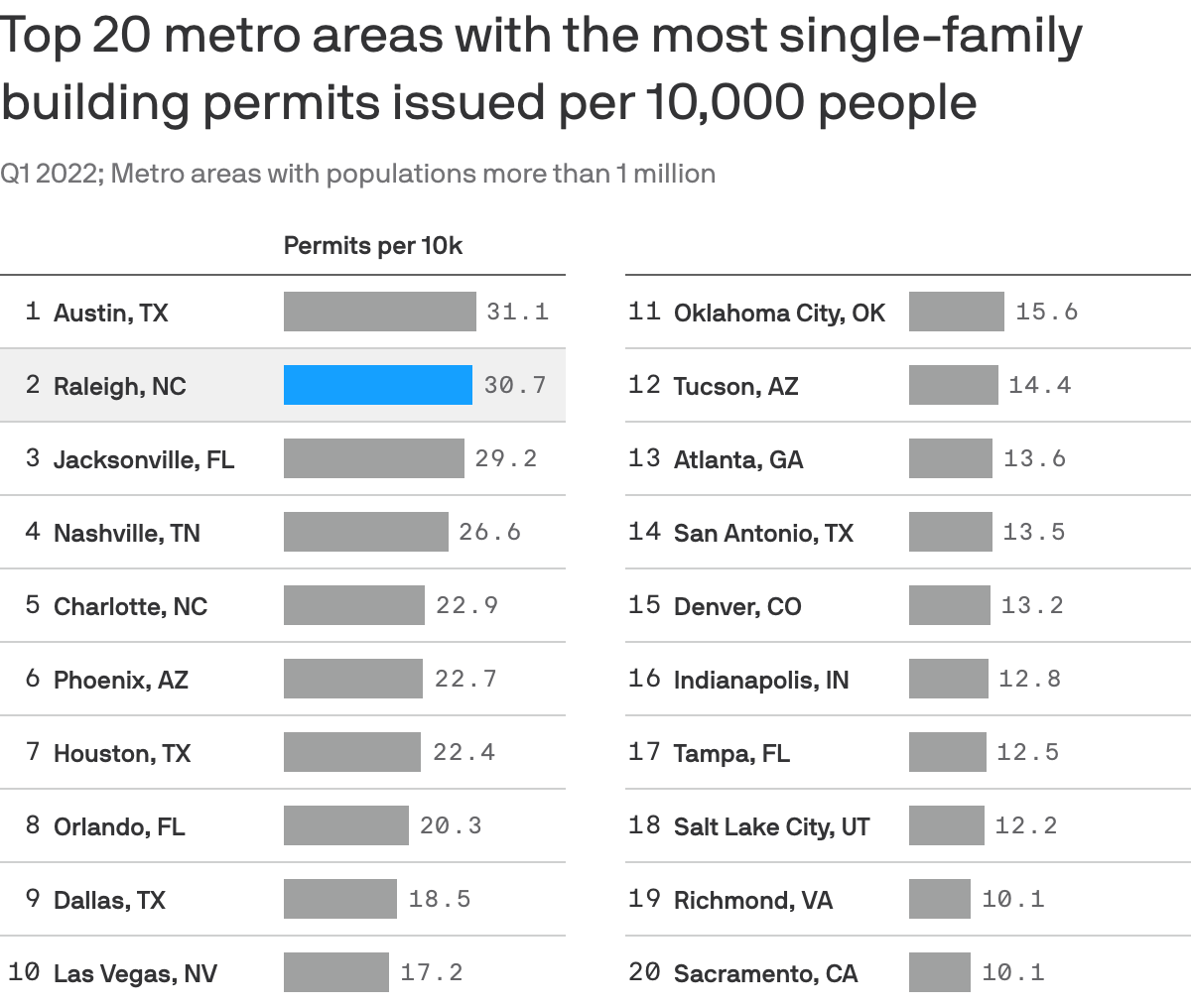 New construction is booming in Raleigh

Raleigh takes silver when it comes to building new homes, per the latest analysis by real estate company Redfin.

What they found: Raleigh had 30.7 single-family building permits per 10,000 people in the first quarter of this year, the second-most per capita among major U.S. metros.

Why it matters: As the number of homes for sale remains near all-time lows and monthly mortgage payments are near their record high, building more homes is one way to ease the affordability crisis.

Zoom out: Single-family and multifamily building permits are up from pre-pandemic in most U.S. metros, Redfin found.

Yes, but: “There still aren’t enough homes to meet the pace of household creation, and we need to be more prepared when demand inevitably picks back up,” said Redfin chief economist Daryl Fairweather.

What’s next: The momentum in building might be slowing, however. New home construction dropped 14.4% in May compared to April according to data released last week.

The bottom line: Ramping up new home construction will help move the market toward balance, if only a little. However, rising interest rates could slow down construction. 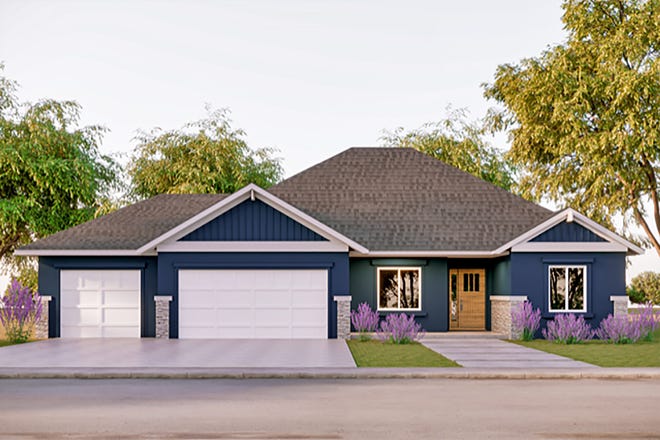