Forget homemade sourdough bread or TikTok feta pasta — many New Brunswickers have turned their attention outside the kitchen.

This spring, things like planters, hanging baskets and window baskets — even bird feeders — are flying off the shelves so people can beautify their lawns.

“Just a tremendous interest,” said Andrew Currie, owner of Currie’s Greenhouses in Douglas, “More than I’ve ever seen before.”

Currie said he’s seen a recent surge of customers interested in starting their own gardens and planting their own flowers outside their homes.

He said the boom has a lot to do with the COVID-19 pandemic and people are spending more time at home.

“I’m certain they’re spending money on beautification and enjoying their own properties more than they ever have,” he said.

“They don’t mind spending money that beautifies and improves their lives.”

He said people are also interested in testing out different kinds of vegetables too, like ground cherries or cucumber plants that kids can munch on while on the deck.

“They’re planting artichokes to zucchinis,” he said. “Every vegetable that you could possibly plant.”

From what they’ve been reading in gardening magazines, he said people are also becoming a lot more aware of the food they’re eating and how it grows.

“They know it’s safe, it’s not transported 4,000 miles,” he said. “By growing your own food you’re going to eat healthy, safe food.”

“From senior citizens, who were brought up on a farm and live in a city now, right to the young families with kids in their carriages,” he said.

“I didn’t know what to expect this spring, but certainly it’s just as busy this year as it was last year.”

“For years, it was quite a small group without much activity,” said Pedersen, who lives in the Waasis area, about 20 kilometres south of Fredericton.

“The pandemic really changed that.”

She started the Facebook group about five years ago as a way to share her love of gardening with family and friends.

Since the pandemic started last year, she said at least 8,000 people have joined her group — 4,000 of whom joined in the past two months.

Pedersen was so busy she had to add two moderators to her Facebook group so more people could be added to the page.

“I couldn’t believe it at first,” she said over Facebook messenger. “The requests were hard to keep up with.”

Most of the members are living in New Brunswick or planning to move from another province and range from their early 20s to mid-40s.

Many people in the group ask others to identify certain plants or trees, how to garden, when to leave plants outside, how to build a greenhouse or how to beautify their yards.

“It is now a very active group,” she said.

A surge in landscaping

Even landscaping companies are seeing a boom in people tending to their yards because they’re spending more time at home.

“We’re definitely a lot busier from everybody kind of being home,” said Amanda Anderson, owner of Lipstick Landscaping in the Fredericton region.

“I find usually a lot of people set money aside for vacation and [because] they can’t go on vacations or anything they’re putting it back into their home.”

Anderson said people in the Fredericton region have already started booking for next summer and the summer of 2023.

“I try to squeeze people in the best that I can.”

The landscaping company was already heavily booked over the fall and winter months for this upcoming season.

Her landscaping team has been working at five to seven jobs at one time because landscaping materials haven’t been coming — including stone, flowers, shrubs.

“It’s been really crazy,” she said. “Everybody wants everything done yesterday, so it’s really stressful.”

Thu May 27 , 2021
Clutter Inc. picks up and delivers boxes into storage units. Lindsay McLean, founder and chief executive of Home-Lister Inc., said the idea for the company came to her after working with a real estate agent to sell her first home.“She’s a top-rated agent. She’s fantastic,” McLean said. “But I got […] 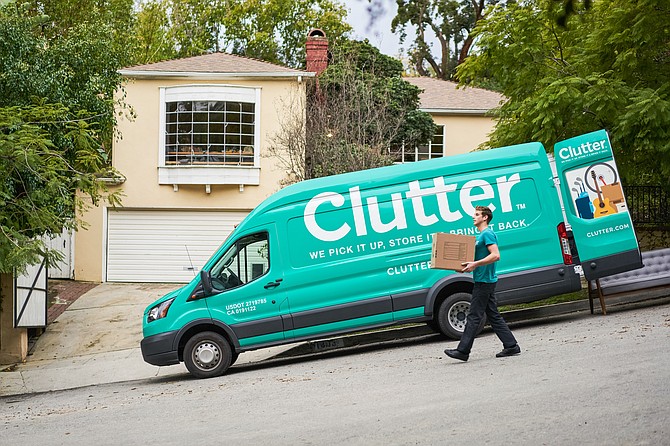