You’ve told us you’re a perfectionist—how did you go about the interior?

I was constantly coming up with new ideas during the preparations. Stephan is much more intuitive than me in that regard and was definitely a bit put off by me doing something too conceptual because concept can quickly become uncomfortable. But I needed this plan at that time to get a feeling for a space that didn’t exist yet—it was all a building site. In the end, we don’t have that much furniture today because a lot is hidden in the fixtures. We took some pieces with us from our first apartment, which I thought for a while might just be placeholders, especially older IKEA furniture. Now I think they fit in here just fine. For me, perfectionism doesn’t mean that everything has to be expensive—nor that you simply replace old things with expensive designer pieces.

Is there a piece of furniture that is particularly close to your heart?

I bought the yellow Bold chair by Big Game for Moustache once before, but my partner thought it was awful. So it had to go. The other day I saw a photo of it and asked if it could move in here. Stephan then suggested the following: You write on the note how much you want the chair; I’ll write down how awful I think it is. Mine had a 7 on it, his had a 4. So I ordered the chair. That’s grownup shit!

The greatest would be both. Who knows what will be in 10 years? But I could never leave the city completely behind.

Should you move again: new building or old building?

Both again! My favorite would be a house with history and patina—and a new addition to it. My dream would be to remodel and expand something old.

“Form follows function” makes sense design-wise. However, I realize that my favorite objects in the home are completely devoid of function. Over there is a carafe in the shape of a rock, and next to it is a white porcelain rhinoceros. For me it’s the chocolate in the interior—too much of it is unhealthy, but I still don’t want to skip it.

Sat Jun 26 , 2021
Increase your home value, help save the environment and reduce your electricity bill at the same time with these popular roof home improvement tips. Cool your roof by 20-40 degrees Fahrenheit and your attic by 5-10 degrees Fahrenheit with these easy to install. Phoenix, AZ, June 17, 2021 –(PR.com)– The […] 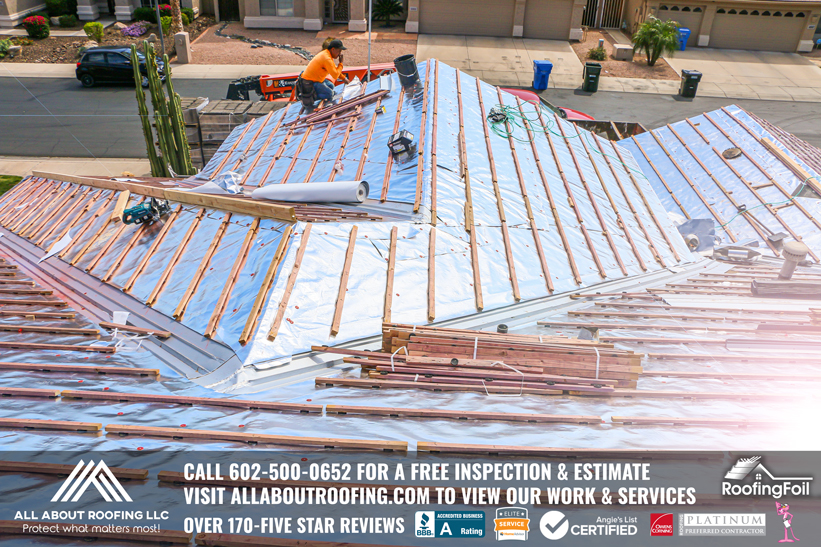