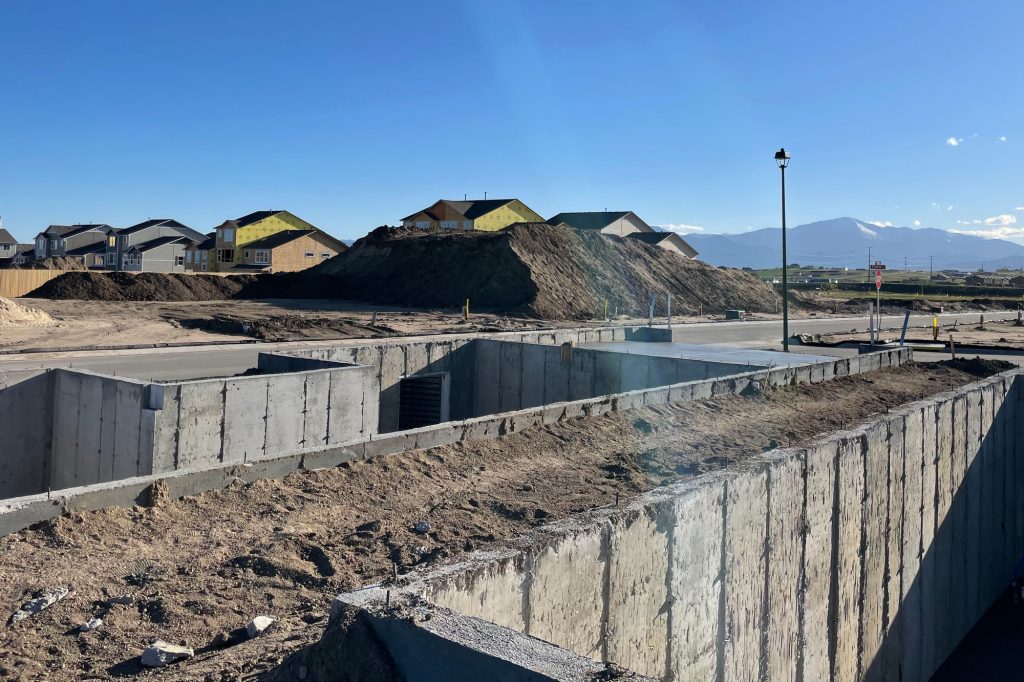 In Fountain, Colorado, There’s Plenty Of Room For New Homes. But There Isn’t Enough Water

“Recently we were informed that [Fountain] didn’t have available water taps, and so it kind of put our project on the back burner down there,” said Scott Smith, the vice president of land for Oakwood Homes, which owns a piece of land in Fountain.

Smith said it’s becoming more common for developers to have to secure water rights and pay for additional water infrastructure if they want to build a big project.

But he said the situation in Fountain is unusual.

“Usually you don’t have a municipality that says, ‘Oh, you know, the development community is going to have to get together and figure it out.’”

Fountain hasn’t finalized any plans yet, but they say developers are going to need to help pay the millions of dollars to buy those new water rights, reservoirs, and pipes needed to support that kind of growth. Blankenship, Fountain’s utility director, said instead of the city paying for that upfront, he wants to shift that cost to developers.

“Everybody knows in Colorado that the number one resource question is water allocation.”

No matter how a developer might have to secure water for a new project, the cost will get rolled into the price of a new home, said Kevin Walker, with the housing and building association in Colorado Springs.

“Everybody knows in Colorado that the number one resource question is water allocation,” Walker said. “Millions and millions of dollars and hundreds and hundreds of people work on it every day.”

Walker doesn’t believe the situation in Fountain is something developers need to worry about happening elsewhere. Kevin Reidy, a senior water conservation specialist with the Colorado Water Conservation Board, said other water utilities are also worried about how to keep up with growth. Fountain is just the first to talk so openly about the issue.