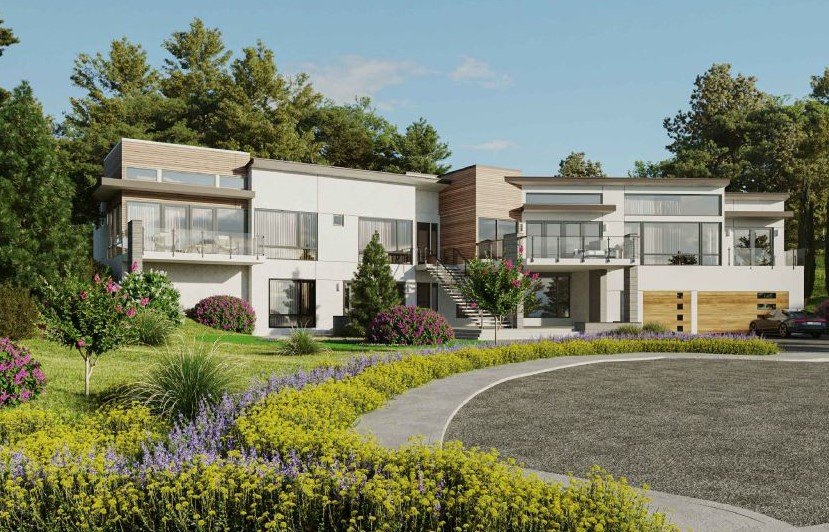 Rendering of proposed development at the end of Culet Ranch Road. (image courtesy of town of Danville)

The Danville Planning Commission is set to hold a public hearing to consider approving four single-family houses designed in a “modern” architectural style on the east side of town Tuesday.

The buildings are planned for construction on four adjacent, empty lots at the end of Culet Ranch Road, known as Loyal Dragon Place, not far from the Camino Tassajara-Lawrence Road intersection. Town planning staff recommend approving the project, under conditions previously set forth by the town’s Design Review Board (DRB), which include a public hearing on the matter.

The subdivision of the area was approved for infrastructure developments in 2003, which were completed and approved in 2008. Since then, the parcels where the new buildings are proposed have been vacant.

The development is described by town development services coordinator Fred Korbmacher as a “modern architectural design”, aimed at appealing to modern-day home-buyers, and as being removed enough from its adjacent neighborhood that the modern-style architecture wouldn’t clash with historic architecture in the area. The DRB recommended it for approval, under conditions that include requiring approval of the final colors and landscape design of the project by the board at a future date. 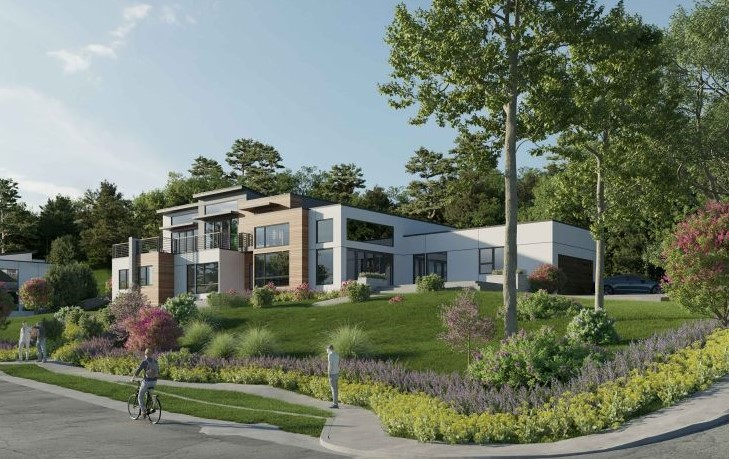 Rendering of proposed development at the end of Culet Ranch Road. (image courtesy of town of Danville)

Other conditions of recommending approval for the project include its low risk of environmental and public health impacts, and restrictions on construction and noise aimed at minimizing potential nuisances to the property’s neighbors, according to Korbmacher.

Fire safety guide: How to prevent fires and prepare for emergencies

Tue Sep 14 , 2021
Your home is your sanctuary. These tips will help you protect it. Josh Miller/CNET Waking up to smoke and flames is one of the worst things that can happen to your family and home. In 2019, Americans suffered more than a million fires that caused roughly $15 billion in losses […]