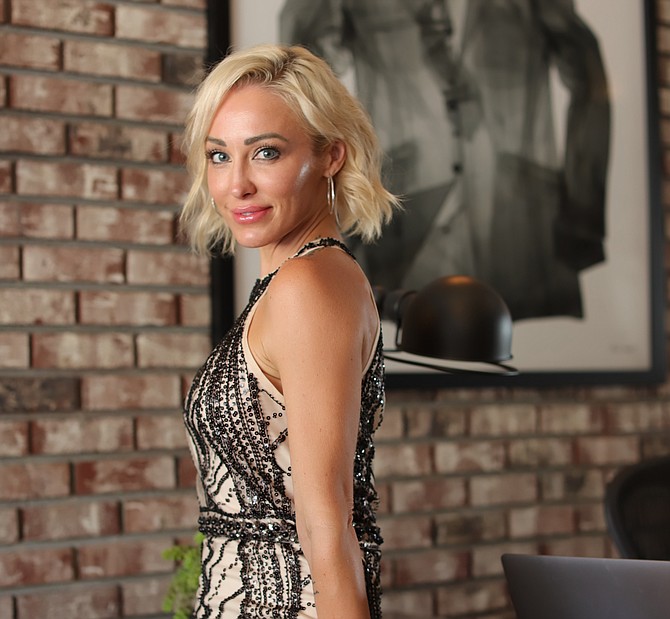 Open-air buses roll east down the Sunset Strip, taking sightseers past famed rock clubs the Whisky a Go Go and the Viper Room and then the … beige offices of Oppenheim Group.

Oppenheim Group is a high-end real estate brokerage at the center of Netflix Inc.’s “Selling Sunset,” and its small Sunset Boulevard office is a tourist draw these days. There are the tour vans and the fans of the show who walk by to snap selfies.

The docusoap, which was developed and executive produced by Adam DiVello, creator of “The Hills,” follows the women agents of the Oppenheim Group, cataloging the drama of their personal lives (be it real or staged) and their real estate listings (namely, glossy mansions perched in the hills).

Netflix doesn’t disclose viewer numbers, but the show is so juicy that even banal scenes of the realtors toiling away at their desks inspire viral tweets.

“Selling Sunset” debuted in March 2019 and streamed for two seasons before taking off with viewers when the third season arrived in August.

“Season 3 is when everything changed, I think partly because of the pandemic,” Fitzgerald said. “Even if that wasn’t their jam, people watched it anyway, and they fell in love with it, and it just blew up.”

So did her career. Fitzgerald said her sales have grown 100% in each year since the show began airing, and now she’s drawing in clients from London, Dubai, Greece and Singapore.

As much as “Selling Sunset” and Bravo’s longer-running “Million Dollar Listing Los Angeles” put on public display the vanity, immaturity and pettiness of professionals handling multimillion-dollar assets, they also reveal the agents’ tenacity to close deals and their work ethic and shrewd market knowledge.

The intrinsic marketing value that comes with that is unparalleled, the agents said.
“The exposure is tremendous. How can it not be a game-changer?” said real estate agent and longtime “Million Dollar Listing” cast member Josh Flagg.

While “Selling Sunset” dives deep into the rocky friendships and romantic lives of its agents, the drama of “Million Dollar Listing” is focused almost entirely on the sometimes friendly but mostly catty competition among its agents.

“We are not here to watch families fall apart and go on girls’ trips,” she said.
“There is a certain credibility to our show because it has been one of the longest shows running on Bravo,” she added. “That does translate into more business for us because the audience has been watching our growth over the last several years as agents and people. You learn to know … our vulnerabilities, our strengths.”

By the time Tutor joined the show, she said audiences had fully embraced unscripted television. She had seen that pay off for the male agents of “Million Dollar Listing” and figured, “Why shouldn’t I take this chance?”

Tutor grew up in Los Angeles and attended USC, and said most of her business until “Million Dollar Listing” was generated by her network of friends and family, plus referrals.

Now, she said she gets random phone calls and direct messages on Instagram from potential clients who seek her out because of the show. By her estimate, about 50% are clients she’d be able to work with.

“You don’t have to pay for a mailer when you’re on everybody’s television set,” she said.

Flagg, who has appeared as a cast member in every season of “Million Dollar Listing” since Season 2, called the show a “phenomenal sales tool.”

“I’m essentially advertising my properties. I have to work very hard for it, but it doesn’t cost me money.”

Tutor didn’t talk figures but said the agents are paid for their appearances.

“It’s not my primary source of income,” she said. The real value is the ability to turn her celebrity into new business opportunities, like the book deal she said she landed because of “Million Dollar Listing.”

The book, “Fear Is Just a Four-Letter Word: How to Develop the Unstoppable Confidence to Own Any Room,” was published by Portfolio, a division of Penguin Random House, in July.

“I was writing it thinking, ‘Who the hell is going to read it?’… but there was an audience for it because of the show,” Tutor said.

“Million Dollar Listing” agents said their names are so synonymous with the show, which has been on the air since 2006, it would be impossible to estimate how much of their business stems from it.

But Oppenheim Group President Jason Oppenheim is able to pin down a figure.
“A good 20%,” he said, is due to “Selling Sunset.”

His brokerage, which employs 14 agents, logged $254 million in sales in 2020, good for the No. 43 spot on the Business Journal’s 2021 list of top residential brokerages in L.A. County.

“My brother (Brett) and I had been approached for a while by different agents and producers interested in talking to us about doing a show about the team and the office,” he said. “Being on Sunset Boulevard probably added a certain element. Or they had seen pictures of the team.”

“(But) we were not interested for a long time. … We thought it was more risk than reward, and things were going so well (for us) already,” Oppenheim said.

Then, at the end of 2016, they heard from DiVello, and he changed their minds.

“We knew his history with ‘The Hills’ and ‘Laguna Beach.’ His idea for the show was something that I think we all felt comfortable with,” Fitzgerald said. “He wanted to focus more on the beauty of Los Angeles and the homes and women empowerment.”

“I was on board. Of course, like anybody I had slight fears and reservations. I wanted it to catapult my career. If I can get more clients out of this and succeed even faster, then why not? But the downside was … we really didn’t know (what the show was going to be about).”

DiVello convinced them to make a sizzle reel, which Fitzgerald said multiple networks turned down.

“We all wanted Netflix but didn’t hear anything back,” she said. “After a few months, I think we all lost hope.”

Then Netflix gave them the green light, transforming their lives and careers.

“When Season 1 happened, we were all scared. We aren’t actors. We didn’t know how they were going to portray us,” Fitzgerald said.

It was difficult to relinquish creative control, Oppenheim said, and the show ended up leaning more into the women’s personal lives than he and the other agents anticipated. But he suspects that’s what helped make it a hit.

“There’s a lot of scrutiny being in the public eye,” Oppenheim said. “For some of the women it’s difficult. There are always going to be trolls and idiots. But overall, it’s been a positive experience.”

Oppenheim said his inbox is flooded with resumes from agents looking to join the team, and while he just opened an office in Corona del Mar, he’s not looking to grow the L.A. office.

For Fitzgerald, “Selling Sunset,” for the most part, did exactly what she hoped it would.

“I never wanted to be a celebrity,” Fitzgerald added. “The reason why I’m okay with it is because we’re just doing the exact same things we were doing before. I get to hang out with my best friends in the world and do a job I love.”

For reprint and licensing requests for this article, CLICK HERE.

How to remove sunscreen stains from clothes and furniture

Thu Jul 1 , 2021
Whether you’re swimming, playing outdoor sports, or simply basking in the sun, slathering on sunscreen is one of the most essential rituals of the season. While your SPF helps protect against sunburns and skin cancer, it’s also really hard to keep the stuff contained to just your skin. Tackling yellowy-orange […]